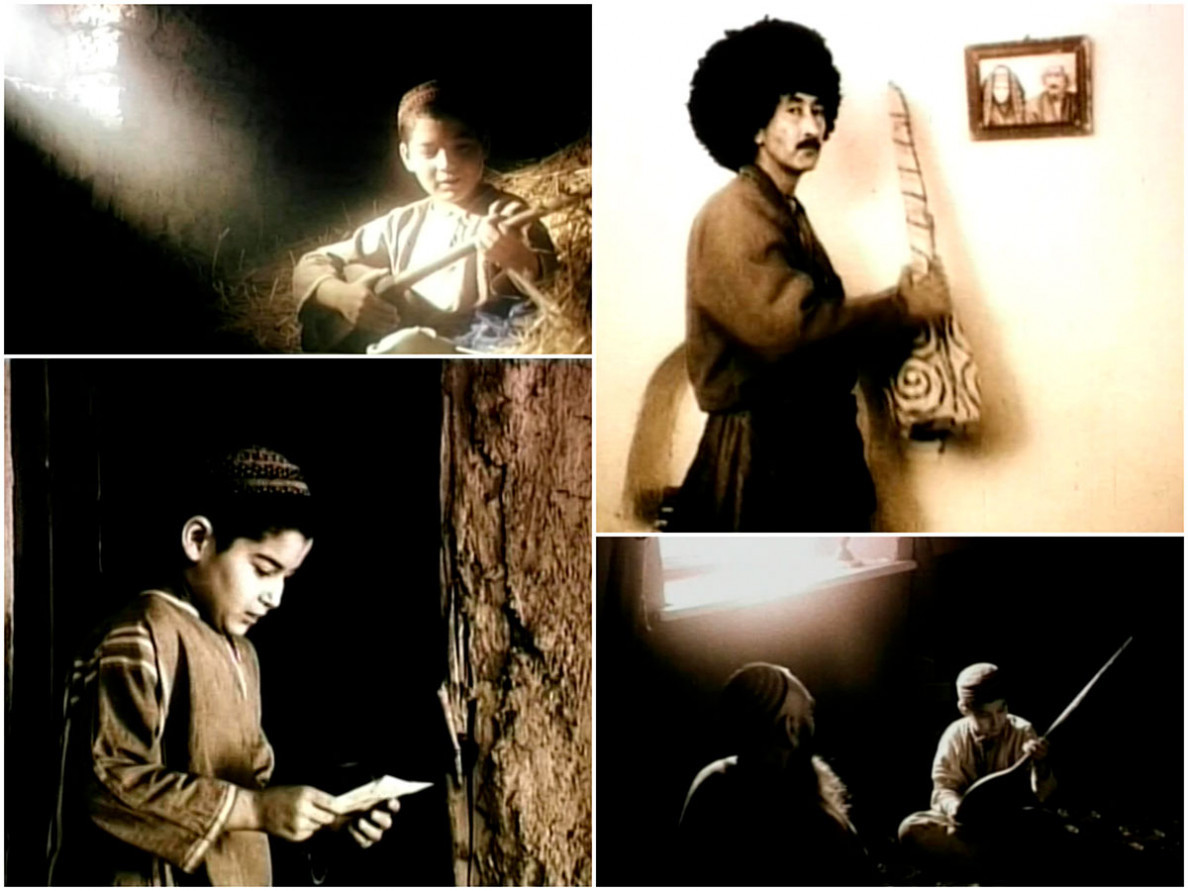 Ahead of the Movie Week, we suggest taking a look back at some iconic movies from the rich legacy of Turkmen cinema. One of them is a touching movie entitled ‘The Son’. The script was co-written by Sergey Bodrov Senior and Khalmamed Kakabaev.

Released in 1989, the movie was a big success both in Turkmenistan and beyond.

It tells the story of a boy named Batyr growing up in wartime. Batyr’s father, a renowned dutar player in their village, has been killed in the war. The boy decides to learn to play his father’s instrument no matter what it takes…

Movie director Khalmamed Kakabaev had long been searching for someone to play the role of a young bagshi. A village teacher, who taught young dutar players, once read an audition announcement. Sakhysalikh Bayramov was one of his students.

– I was ten years old when I found myself on the set of the movie, recollects Sakhysalikh, who starred in ‘The Son’ as Batyr. A competition was held among 70 boys who had been selected from across Turkmenistan and dreamed of being the protagonist of the movie. Eventually, the director chose me, and difficult filming days began.

The movie was shot in a Turkmen village, faraway Lithuania, Moscow and its vicinities. It boasts an international cast and brought together famous actors from across the Soviet Union.

Uzbek actress Tamara Shakirova starred as the young bagshi’s mother. Anzhelika Mashtakova from Moscow played the role of a Gypsy woman. People’s artists and distinguished actors helped ten-year-old Sakhysalikh to fully inhabit his role and really put himself in the place of his character.

– I had to start crying in the scene showing the destruction of the dutar. It was not so easy to make the little boy to let his feelings out and the crew members came up with a creative solution. They promised me shish kebab since I was a big eater. When scenes were being filmed in Nokhur, my father always tried his best to treat me to something delicious and was told off by director Khalmamed Kakabaev: “Why do you let the boy eat so much? The movie tells the wartime story, and look at him - he is rather plump!” Sakhysalikh recalls the director’s words with a smile.

After the movie was premiered in Turkmenistan, the cast and crew went on a foreign tour. ‘The Son’ was presented at the International Children Film Festival in India and Sakhysalikh Bayramov won the Golden Elephant Award for the role of the young bagshi.

– When we were invited to take part in the Cairo International Film Festival in Egypt, we were requested to bring the dutar. Attending the event, we could not even guess that our movie would receive the Festival’s top prize – The Golden Pyramid Award. Together with the movie director I took to the stage with my legs trembling. The audience applauded the guests from Turkmenia loudly. Since I had performed all the songs in the movie, I was asked to sing while accompanying myself on the dutar.

The boy with the dutar delighted and captivated the audience and ‘The Son’ was set to be on at all Cairo’s cinemas. Sakhysalikh recollected one more interesting incident. After the movie had had its premiere in Russia’s capital, Moscow, the cast members were taking a flight back to Ashgabat. When the captain learned that the lead actor was aboard, he requested that the young bagshi performed the song from the movie on the plane.

Soon afterwards, articles appeared in newspapers about the success of the young musician who performed songs even at high altitudes. The boy who starred in ‘The Son’ grew up, continued his acting career and began to direct movies himself. Khalmamed Kakabaev, the man who had helped Sakhysalikh to step into the enchanting world of cinema, turned 82 this April. He has written a book and shared his memories of that never-to-be-forgotten time in it.