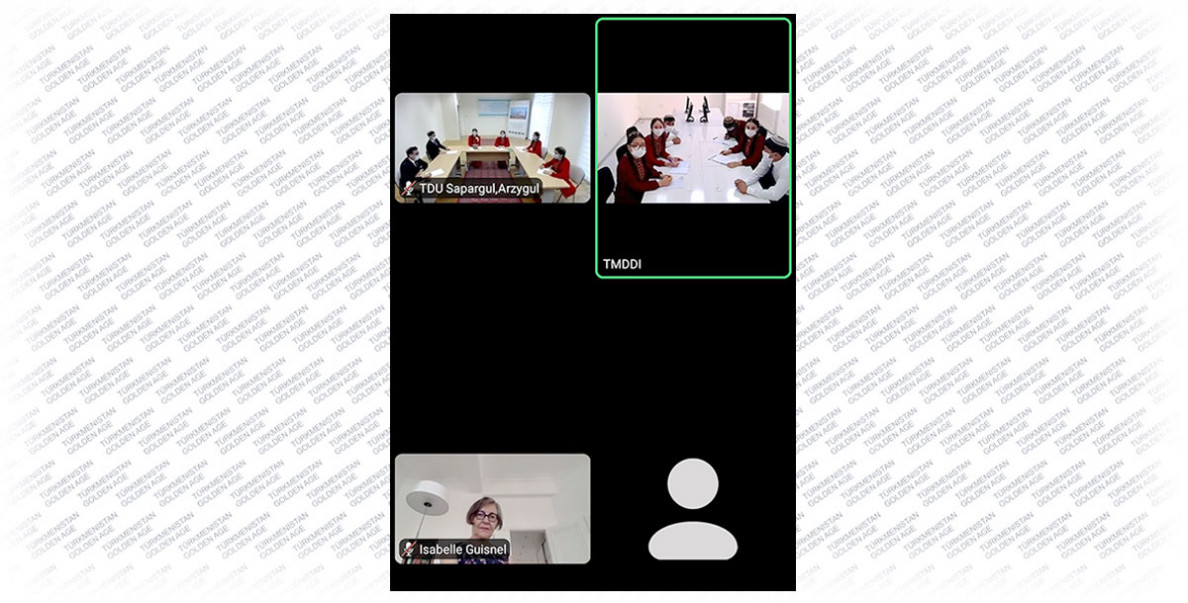 The Delegation of the European Union in Turkmenistan organized an online brain-ring for Turkmen students. Teams of students from the Makhtumkuli Turkmen State University, the Institute of International Relations of the Ministry of Foreign Affairs of Turkmenistan, the International University of Humanities and Development, the Dovletmammed Azadi Turkmen National Institute of World Languages took part in the intellectual battle.

The knowledge of the participants was assessed by the jury, which included the German Ambassador to Turkmenistan Nighthart Höfer-Wissing, the Ambassador of the French Republic Mrs. Isabelle Guinel and the staff of the EU Delegation to Turkmenistan.

“We see youth as a driving force for positive change. For this reason, the EU Delegation to Turkmenistan gives priority attention to raising the knowledge and awareness of the young generation of future professionals in Turkmenistan about the European Union, its missions, cultural heritage, political and economic basis, as well as our work in Turkmenistan, ”the Charge d'Affaires said in her welcoming speech in EU affairs to Turkmenistan Ms. Renata Wrobel.

During 5 rounds, students actively answered questions about the creation of the European Union, its member states, economy, history, human rights and gender equality. As a result, the team of the International University for Humanities and Development won the victory, followed by the team of the Institute of International Relations of the Ministry of Foreign Affairs of Turkmenistan.