Turkmenistan hosted an international conference on historical and cultural monuments

Today, the International Scientific Conference “Historical and Cultural Monuments of Turkmenistan: the experience of studying, preserving and restoring” has been held in the capital via videoconferencing, organized by the Ministry of Culture of the country on the instructions of the President of Turkmenistan.

The main goal of this event is to expand international cooperation and exchange experience in the field of research, protection and restoration of historical and cultural monuments.

Thanks to the progressive state policy of President Serdar Berdimuhamedov, effective measures are taken in the country to improve the cultural sector, ensure the in-depth study, protection and popularization of the national heritage around the world, as well as to carefully preserve and restore historical and cultural sites.

In addition, Turkmenistan makes great efforts and achieves significant success in increasing the number of facilities nominated for the UNESCO List of Intangible Cultural Heritage of Humanity, and establishes close cooperation with international organizations and leading foreign scientific centers.

Currently, more than 1400 monuments of history and culture are registered in Turkmenistan, most of which are archeological sites. These include such architectural masterpieces of past periods as Gonur-depe, Gara-depe, Namazga-depe, Altyn-depe, Jeytun and Anev, Old Nisa, Ancient Merv, Kunyaurgench, Ancient Dehistan, Ancient Serakhs, Abiverd and Goktepe fortress, which are unique open-air museums and declared state historical and cultural reserves. Possessing such priceless values, Turkmenistan has been recognized worldwide. The unique monuments of Ancient Merv, Kunyaurgench and Nisa are included in the UNESCO World Heritage List as having universal value.

Its grand opening at the Museum of Fine Arts was attended by leaders and representatives of the Ministry of Culture, the National Department for Protection, Research and Restoration of Historical and Cultural Monuments, state historical and cultural reserves, the media, scientists and cultural figures, museum workers, teachers and students of specialized universities.

Foreign colleagues, managers, leading employees and experts from the largest scientific and cultural centers from the Russian Federation, the Republic of Uzbekistan, the Republic of Kyrgyzstan, the Republic of Tajikistan, France and Italy joined the forum via a digital communication system. It should be noted that most of them are professionals who participated in joint archaeological research and survey with Turkmen scientists in our country.

The international scientific conference was opened by a demonstration of a video showing archaeological excavations at historical and cultural sites of Turkmenistan.

The demonstration of the virtual restoration of the original shape of ancient monuments using digital technologies, including modern research methods in the field of mapping, creating 3D models of the preserved ruins, made a great impression on the audience.

In their reports, Turkmen scientists emphasized the special significance of the State Program for 2022-2028 for the careful preservation of objects of the National historical and cultural heritage, their protection and study, attracting tourists to them, approved by President Serdar Berdimuhamedov during the meeting of the Cabinet of Ministers held on April 8 this year.

The main goal of the Program is to preserve the national heritage and give new impetus to research work in this area. It was emphasized that in addition to the scientific study and protection of historical and cultural monuments of Turkmenistan, measures are provided for encouraging foreign and domestic tourists to visit them, as well as picturesque sites located throughout our country, which is of great importance in the development of tourism and historical science.

The speakers shared their experience in the field of protection of the unique archaeological masterpieces of Turkmenistan of bygone epochs, cited historical data regarding successful international cooperation in this area.

The need for further development of cooperation in the study and preservation of world historical and cultural values, an integral part of which are monuments and finds made in the Turkmen land, was also emphasized.

As the speakers noted, the progressive policy of President of Turkmenistan Serdar Berdimuhamedov in studying, preserving and popularizing the cultural heritage of ancestors, establishing broad international contacts and a favorable domestic political climate contributes to stepping up scientific research and inviting leading specialists from other countries to participate in this work.

Being unanimous in the opinion that each of the historical, cultural and natural sites of Turkmenistan is an invaluable property not only of the Turkmen people, but of all mankind, the participants stressed the significant positive experience of cooperation with UNESCO, the expansion and deepening of which, of course, will contribute to further progress in the field of protection of historical and cultural monuments. 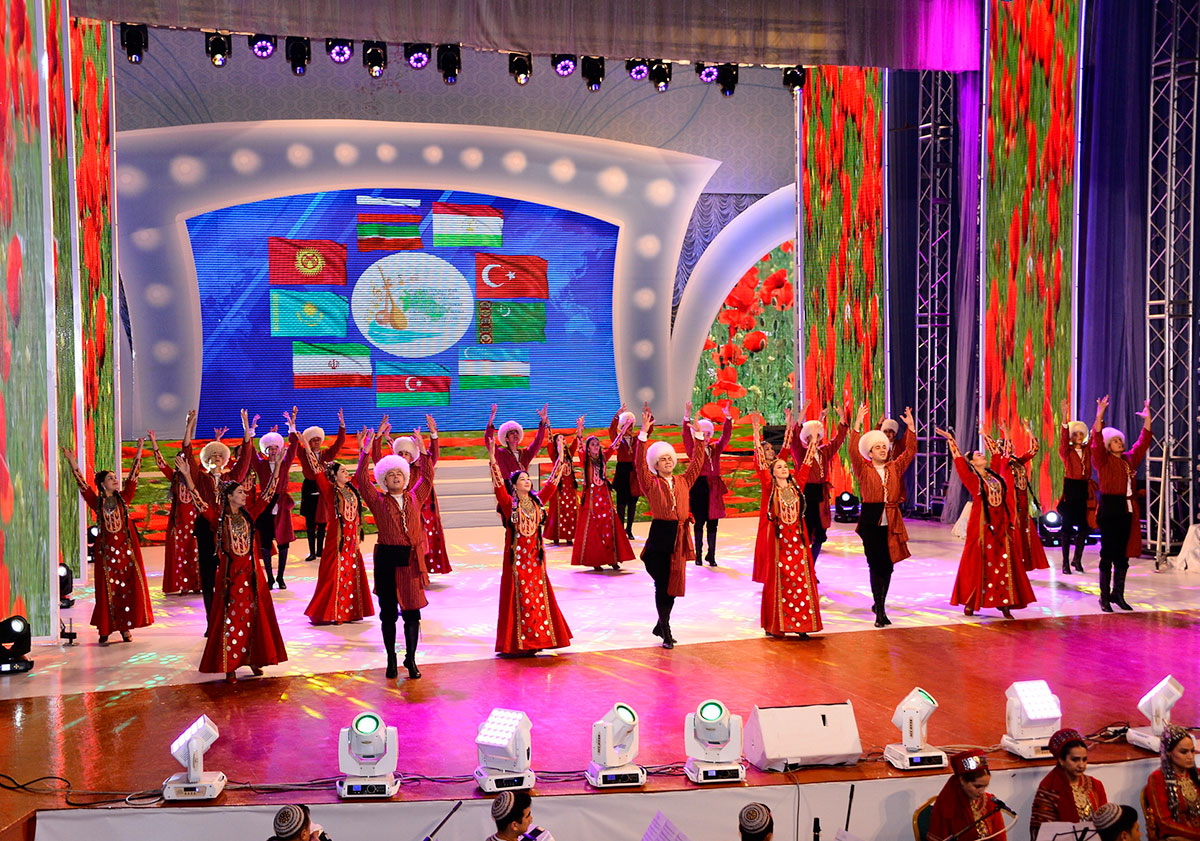