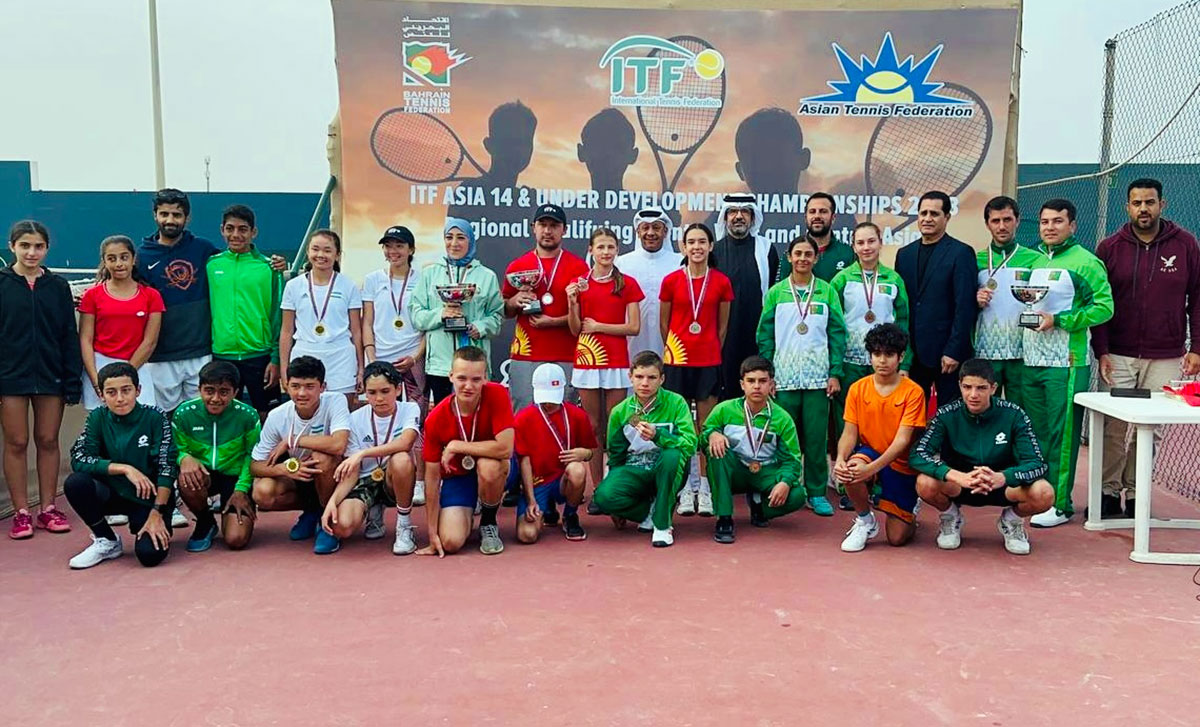 The cup and bronze medals for the 3rd place in the team event were awarded to Turkmen tennis players at the qualifying tournament of the Asian Championship of the Central and Western Asia region among players under 14 years old - ITF Asia 14&U Development Championships, which ended in the city of Isa Town (Bahrain).

The winners and prize-winners of the competitions, which were held with the participation of representatives of 8 countries, were determined by the sum of the points of the two qualifying stages.

In the first qualifying tournament, representing Turkmenistan Ilima Guseynova, as well as Imran Ahundov and Selim Chagylov took second place. I. Guseynova achieved this success in singles, and I. Ahundov and S. Chagylov - in doubles. 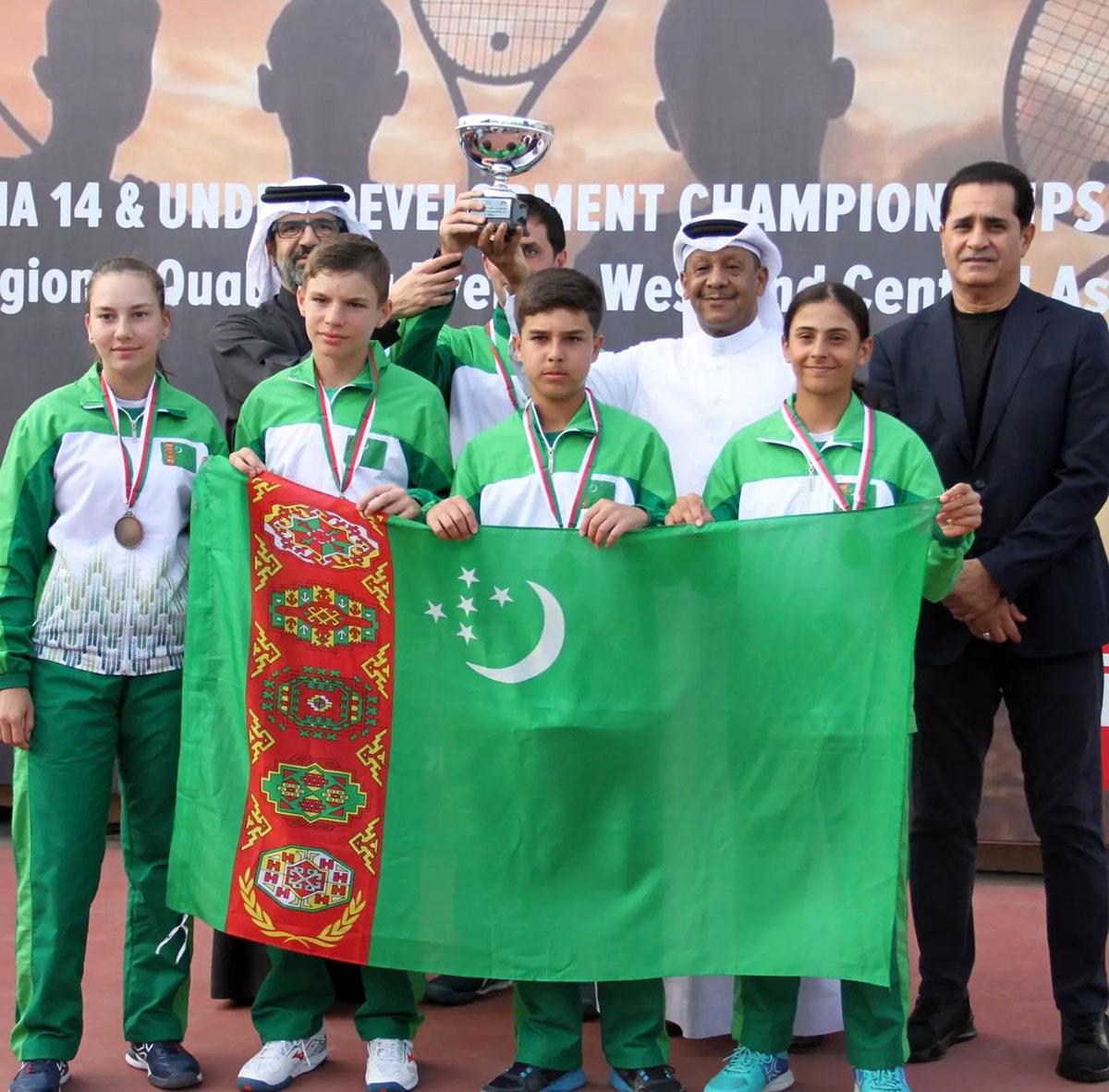 In the second qualifying tournament, Turkmen tennis players started with victories over Kyrgyz athletes: in the quarterfinals, Ilima Guseynova defeated Eva Gavshina - 6:2, 6:2, and Natalya Martynova defeated Kamila Aripova - 6:1, 6:3. But in the semi-final matches with rivals from Uzbekistan, luck turned away from our girls: Ilima lost to Keira Kim - 5:7, 2:6, and Natalya lost to Emily Kim - 1:6, 1:6.

Thus, the fate of the 3rd place in the women's singles was decided in the full-time duel of Turkmen tennis players, in which the first racket of the country, Ilima Guseynov, as expected, turned out to be stronger than Natalya Martynova - 6:1, 7:5.

The past year was very successful for a 7th grade student of the Ashgabat specialized secondary school № 42, Ilima Guseynova. In October, this talented tennis player won the national championship among 12-year and 14-year-old athletes, in November she became the champion of Turkmenistan among women for the first time, setting a national record at such a young age, and in December she won the Cup of Turkmenistan for the first time, beating the 17-year-old in the final summer student of the 11th grade of the 19th Ashgabat secondary school Rojan Karajayeva - 6:1, 5:7, 6:1. 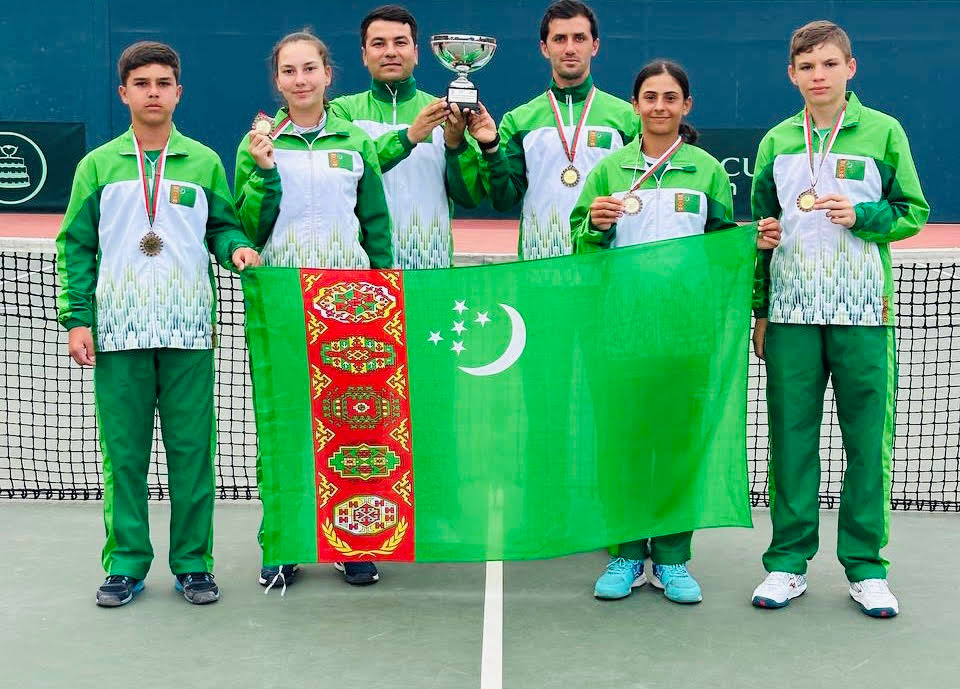 Remind that the winners of the qualifying stages of the Asian Championship (U-14) Ilima Guseynova and Imran Ahundov are pupils of the «Ashgabat» tennis academy, improve their sports skills under the guidance of the head coach of the Turkmenistan national team Mirali Hasanov. Selim Chagylov trains with Jennet Hallyyeva, coach of the sports school № 10 of the Main Department of Physical Culture and Sports of Ashgabat. The fourth participant of the qualifying tournaments from Turkmenistan, Natalya Martynova, practices her favorite sport with the coach of the tennis complex of the Olympic Village of the capital.

Tennis players of Uzbekistan excelled in the team event. In second place are representatives of Kyrgyzstan.

The players who received the right to represent Turkmenistan in the final part of the Asian Championship will be known later after summing up the results of personal performances in both tournaments held. 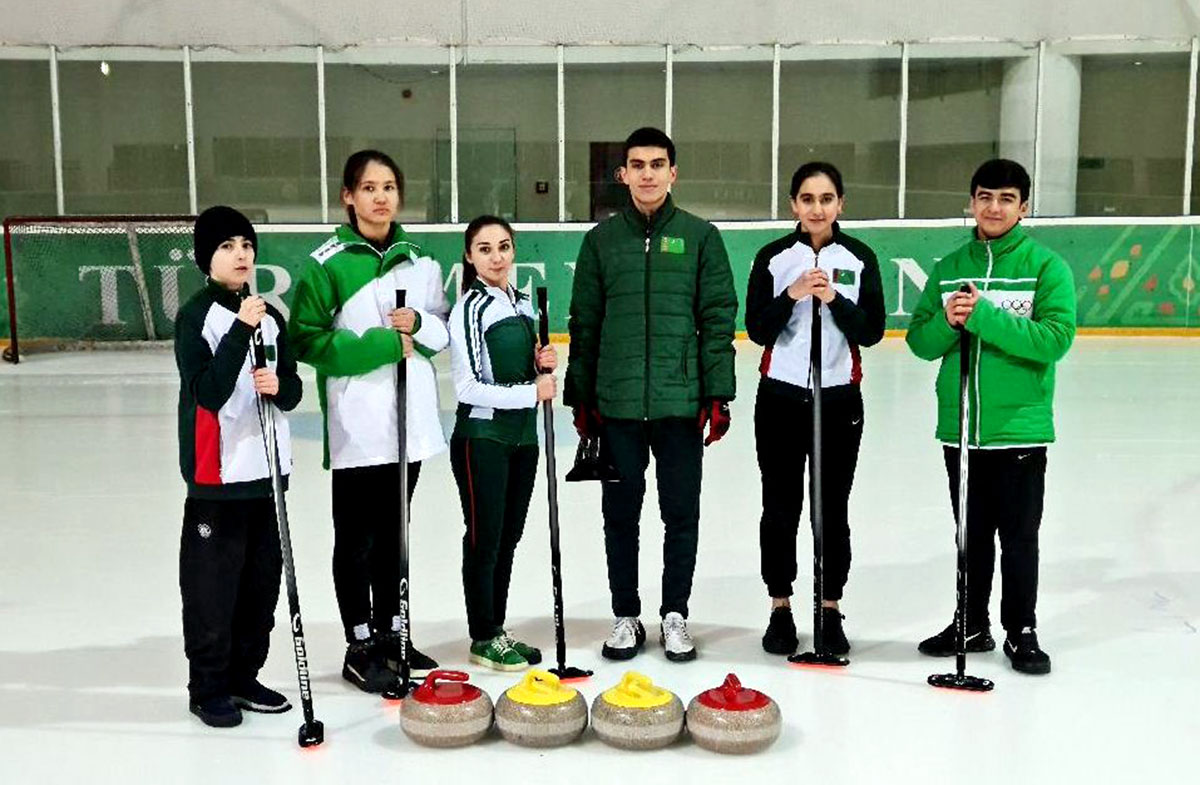 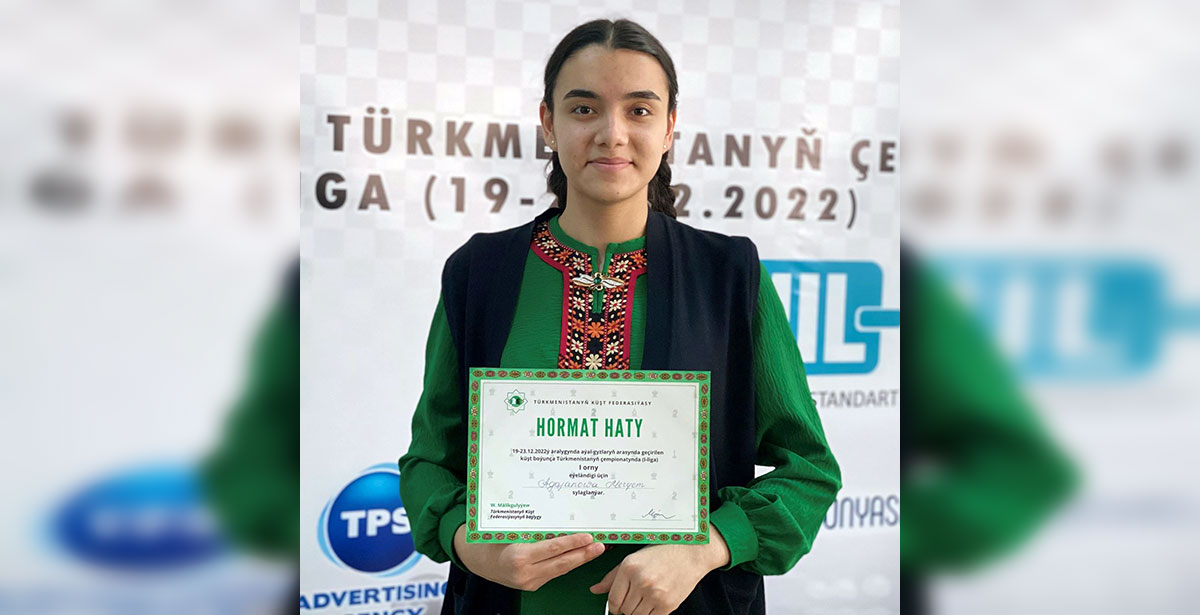 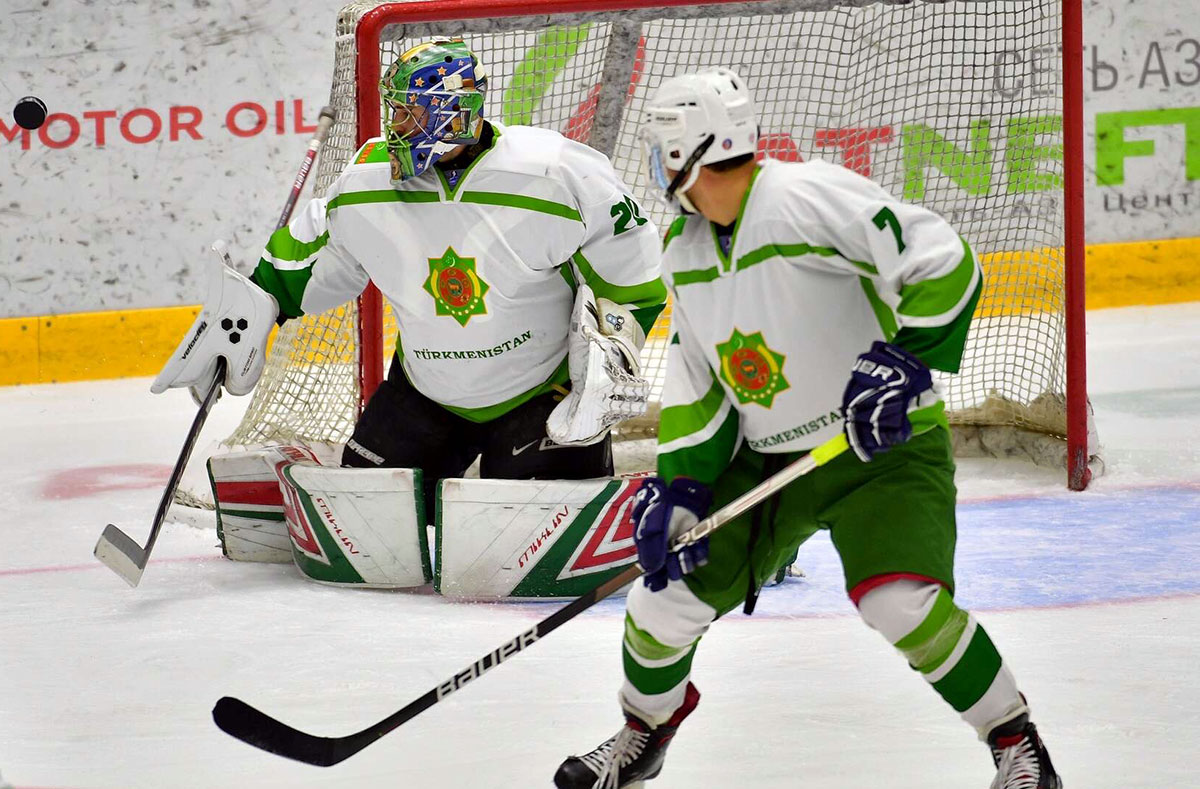