“Extremely gifted and devilishly talented,” the famous composer Alexander Alexandrov wrote about the young talented youth Nury Khalmamedov. This was back when Nury Khalmamedov studied at the Moscow Conservatory. By P.I. Tchaikovsky.

The works of the classic of Turkmen musical art Nury Khalmamedov are examples of high skill, forever included in the list of the spiritual heritage of the Turkmen people. The composer, who grew up on the traditions of national art and forever remained faithful to it, organically combined in his work two richest, original musical cultures - European and Turkmen.

Walking along the corridors of the Turkmen National Conservatory named after I. Mai Kuliyeva, from behind the closed doors of the rehearsal classes you can hear the sounds of recognizable works by Nury Khalmamedov: this is the famous piano piece dedicated to the virtuoso dutarist Mylla Tachmuradov “Sounds of a Dutar”, “Scherzo”, “Elegiac Prelude and Fugue” and others.

Having entered the class of wind instruments, we got to a rehearsal of a wind quintet consisting of Suray Atadurdyeva (flute), Maksat Annamuradov (oboe), Hydyr Esenov (clarinet), Vepa Annamuradov (horn), Begench Babamuradov (bassoon). The musicians performed fragments of the symphonic paintings "Turkmenistan" by Nury Khalmamedov, in which we recognize the melodies of "Dance of the Shepherds" and "Dance of the Girls" ... 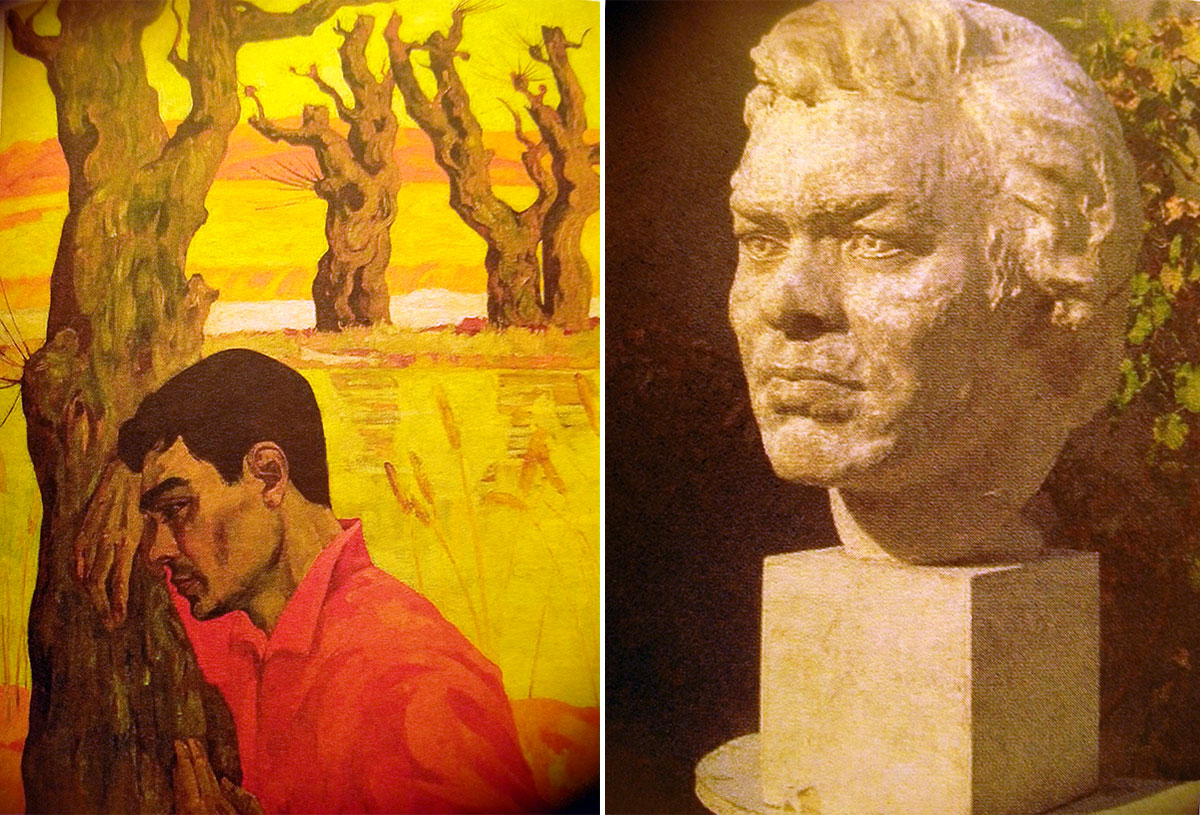 "Dance of the Shepherds" begins with a thoughtful melody of a flute, then suddenly the whole composition of the quintet enters, imitating a group of mischievous horsemen rushing in like a whirlwind. They are replaced by girls gracefully - they are identified by a slow, calm melody.

In vocal classes, students perform songs and romances of the composer. Nury Khalmamedov wrote his first romance at the age of 19, taking for him one of the most tragic poems by Makhtumkuli "The Exile". Subsequently, vocal cycles appeared on the verses of Turkmen poets, folk bakhshi of the 17-19th centuries, Russian and Japanese poets. The composer created several vocal cycles: "Human Hearts" to poems by Makhtumkuli, Mollanepes, Kemine, Heine, "Persian tunes" to lyrics by Sergei Yesenin, "Unheard songs of Hiroshima children" to verses by Japanese poets, "Ballad of War and Peace", "Ballad about mother ”,“ The Return of the Soldier ”,“ The Heart of a Soldier ”.

The romance "Geler" ("Will Come") is written on the verses of an unknown musician-bakhshi for tenor and piano. Moreover, the piano part in it is so saturated with a powerful palette of colors that it gives the right to sound in an equal ensemble with a soloist. Expressive improvisation from the very first sounds sets the listener to deep reflection. The first chord, like a burst of emotion, evokes feelings of anxiety and hope.

Today, Nura Khalmamedov's music is played on various instruments - solo and as part of numerous ensembles and orchestras. Conservatory student of the 5th year Ilgiz Galimov transcribed the song "Geler" for a brass band. And the romance sounded in a new arrangement in a new way, but also beautifully.

Deeply national in essence and international in terms of impact, the music of Nury Khalmamedov is understandable by everyone and loved by the people. It comes from the heart, which is why it is always touchingly perceived by the audience. This pure musical spring is the composer's spiritual gift to all of us - his descendants. 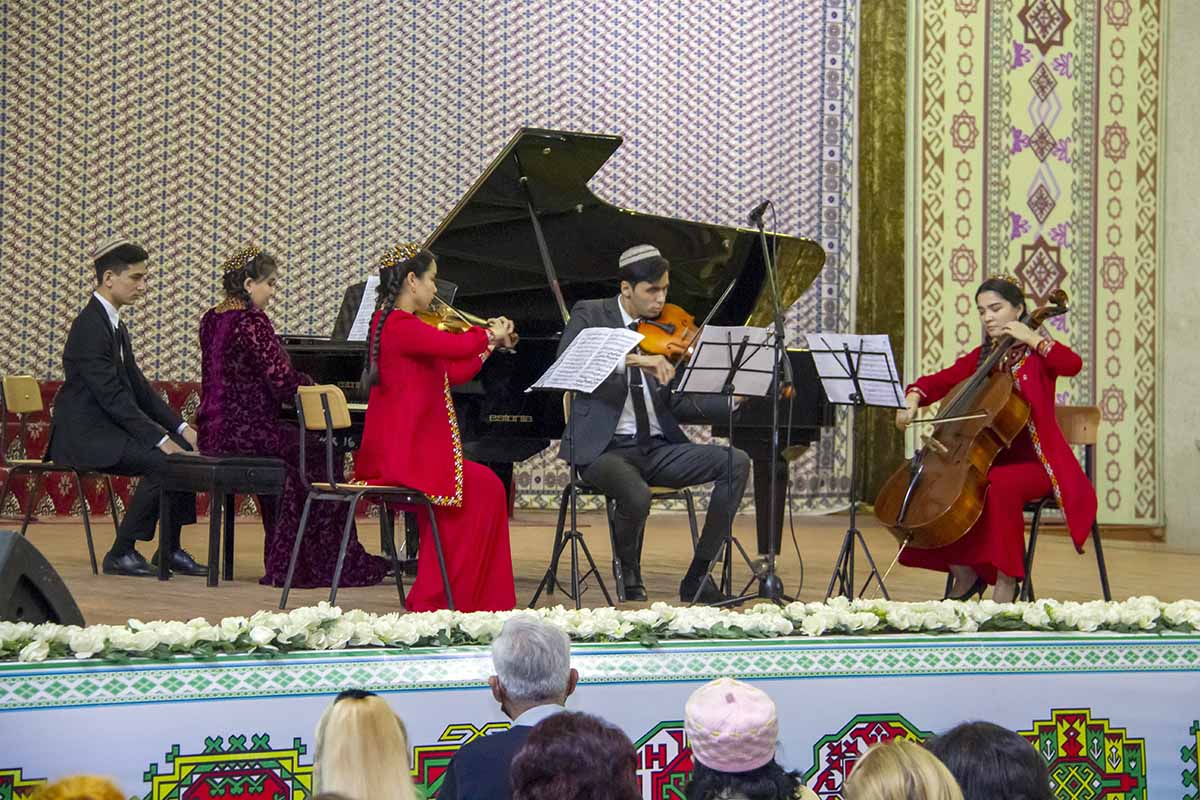 The works of Mozart sounded brilliantly at the Conservatory 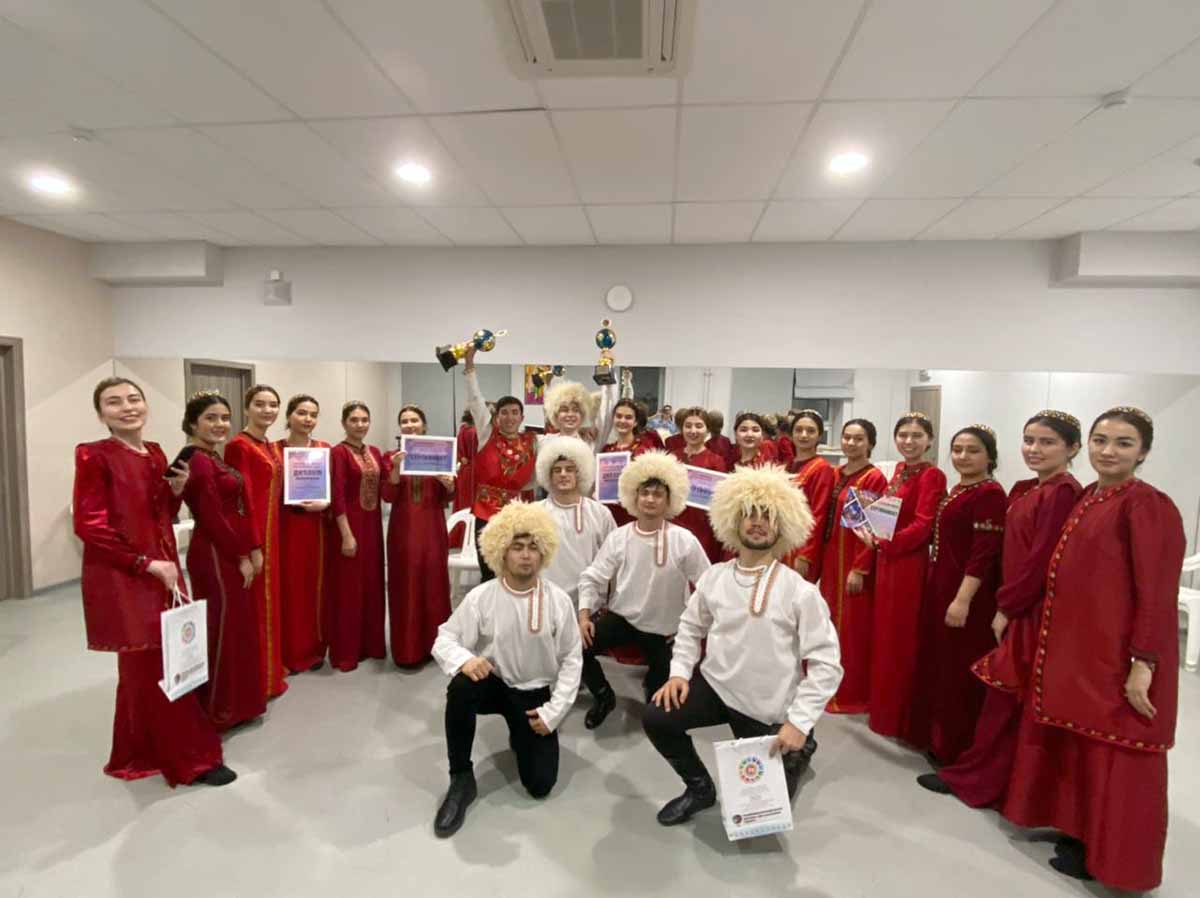